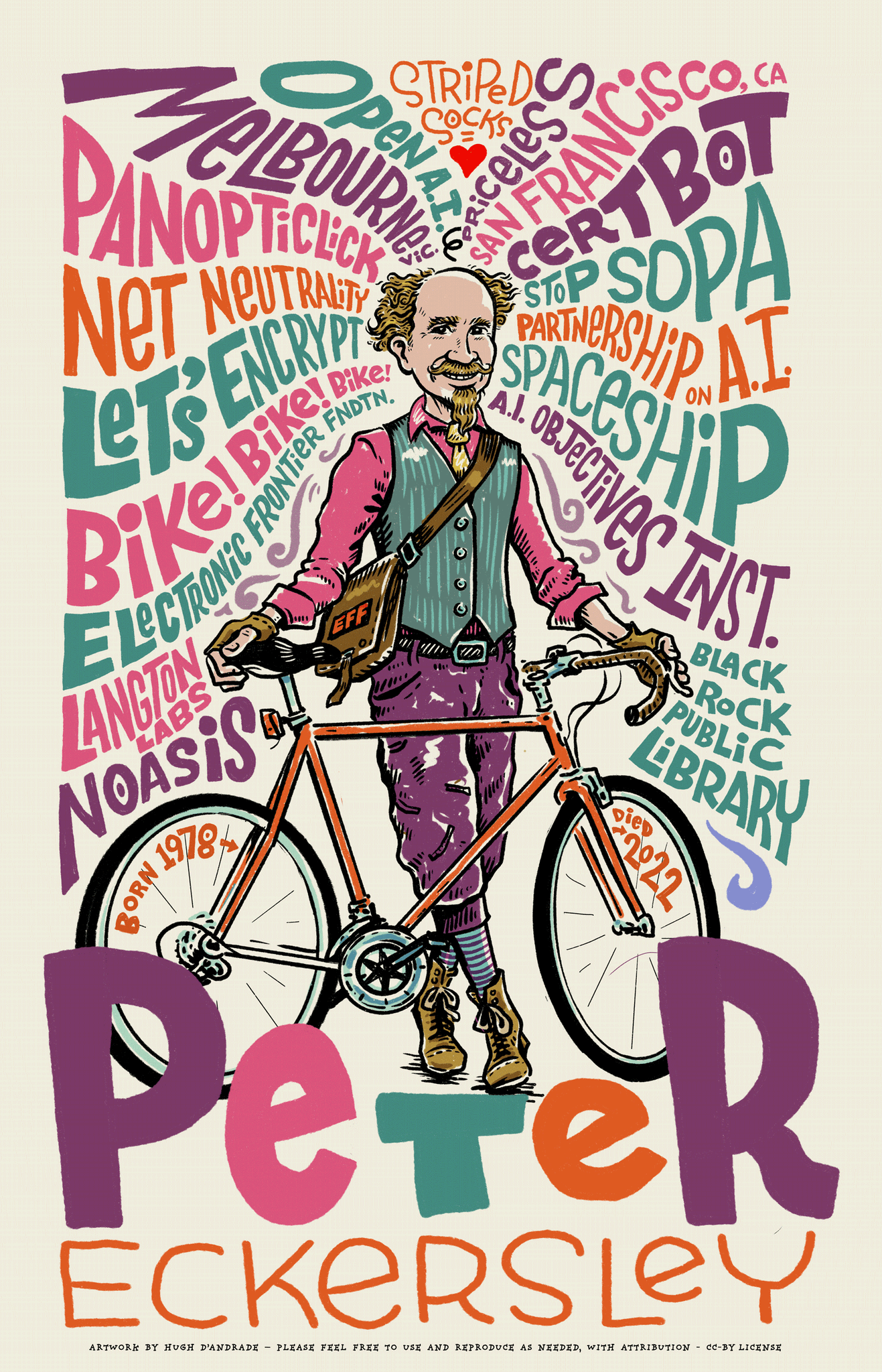 Peter Eckersley, a Let’s Encrypt co-founder, passed away unexpectedly on September 2nd from complications of cancer treatment. As an incredibly kind, bright, and energetic person, he was a beloved member of the community of people working to make the Internet a better place. He played an important role in the founding of Let’s Encrypt and his loss is felt deeply by many in our organization.

Peter met Alex Halderman at the RSA Conference in 2012 and the two of them started to make plans for technology to automate the process of acquiring HTTPS certificates. This work included early designs for what would become the ACME protocol. Peter and Alex later teamed up with a parallel effort by Josh Aas and Eric Rescorla at Mozilla, and the four of us worked together to create a new automated public benefit CA. The result was Let’s Encrypt, which began service in 2015.

Peter also led the development of the initial ACME client, which would eventually become Certbot. In a reflection of Peter’s vision for making the Internet secure by default, Certbot aims to fully automate HTTPS deployment, rather than simply procure a certificate. Today, Certbot is among the most popular ACME clients, and it is developed and maintained by Peter’s former team at the Electronic Frontier Foundation (EFF).

Peter was a member of our Board of Directors for several years. We greatly valued his contributions as a Director, but one of the memories from that time that makes us smile the most is Peter’s habit of showing up to board meetings with a messenger bag over his shoulder, helmet hair, and rosy cheeks from arriving by bike.

Making change at scale on the Internet is not easy. One way to get it done is to be both a dreamer and someone who possesses the deep technical knowledge necessary to bring dreams to reality. Peter was one of those people, and we’re grateful to have been able to work with him.

We hope to honor Peter’s life by letting the qualities we admired so much in him - his energy, optimism, kindness, and pursuit of knowledge - inspire our efforts going forward.

Peter's longtime friend and colleague Seth Schoen, who was among the earliest contributors to Let’s Encrypt and Certbot, further memorializes Peter in a post on our community forum.