Our goal with Let’s Encrypt is to get the Web to 100% HTTPS. We’d like to give a quick progress update.

Let’s Encrypt has issued more than 5 million certificates in total since we launched to the general public on December 3, 2015. Approximately 3.8 million of those are active, meaning unexpired and unrevoked. Our active certificates cover more than 7 million unique domains. 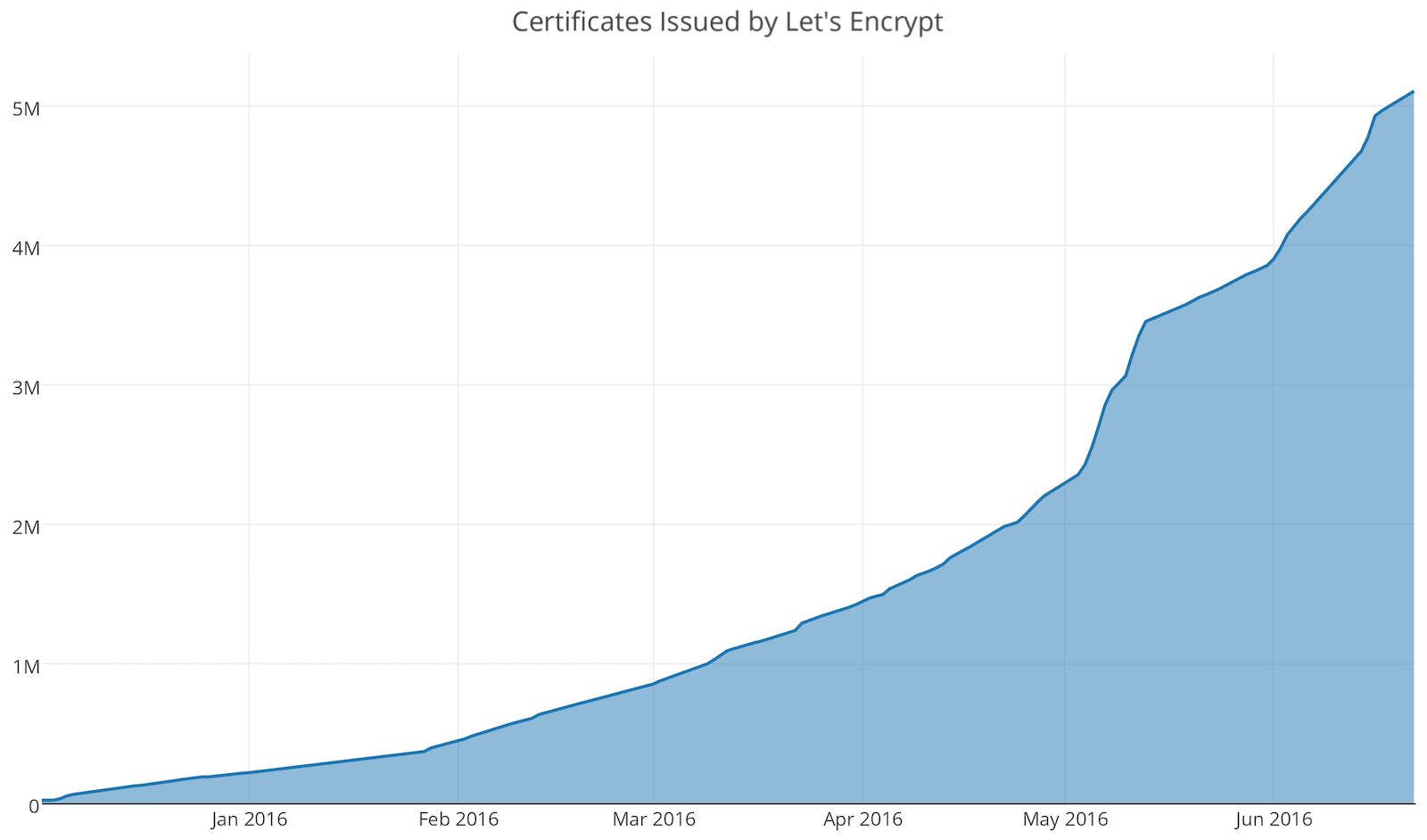 A couple of different factors have contributed heavily to this growth. The first is large-scale deployments from companies such as OVH, WordPress.com, Akamai, Shopify, Dreamhost, and Bitly. The second is our ability to serve individual sites globally with a focus on ease-of-use. If we’re going to get to 100% HTTPS we need to reach the “long tail” of the Web, which is in many ways more challenging due to the number of parties involved and widely varying degrees of technical competency.

Our progress is accelerating the growth of HTTPS on the Web in general. When we launched in December of 2015, 39.5% of page loads on the Web used HTTPS (as measured by Firefox Telemetry). By mid-April 2016 that number was up to 42% and today it stands at 45%.

This is an incredible rate of change for the Web. We’re really excited about our early progress. Getting to 50% HTTPS page loads in 2016 used to seem like an overly ambitious goal but now it seems within reach. Let’s get there!

Let’s Encrypt depends on industry and community support. Please consider getting involved, and if your company or organization would like to sponsor Let’s Encrypt please email us at sponsor@letsencrypt.org.